on January 03, 2015
Well, that's it for my 2014 goals. I identified very specific goals in order to keep me focused on making some permanent lifestyle changes, but even then I had to remind myself throughout the year that failing was ok and the journey was the ultimate goal. I kept a copy on the refrigerator as a reminder to take care of my 5 needs - Personal, Spiritual, Physical, Financial, and Material. There were many times at the end of a long work day, that the easy choice would be to watch tv, but I would see the list and choose to do something that would give me more joy.

I'm carrying many of these goals into 2015, but haven't decided if I'll use a similar format or try something different. It's been interesting seeing posts the last few days from my fellow Vanderkitten VIPs. Most are very goal oriented and appear to be experts at accountability. Definitely my type of crowd.

So in honor of accountability, here's my final 2014 Goal Review from November and December. 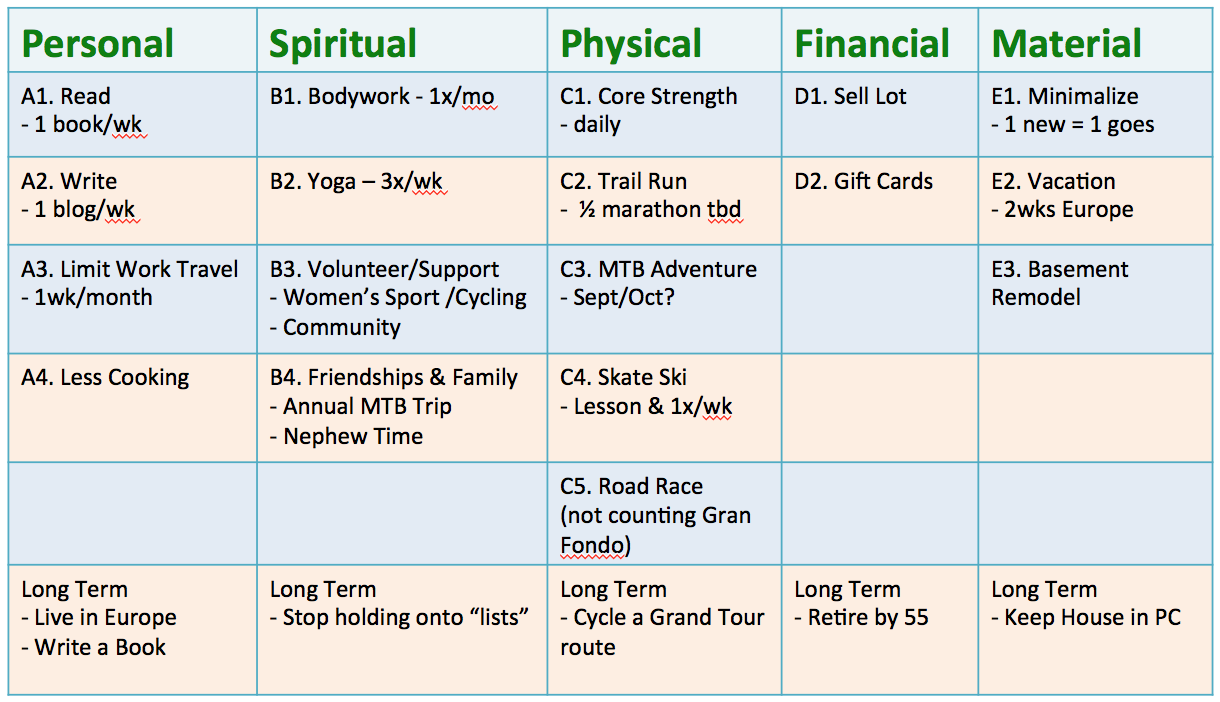 Nov-Dec Summary
A1:  I caught up on lots of great reading thanks to the cold weather and holiday downtime. I also kept up with at least 30 minutes of Italian. 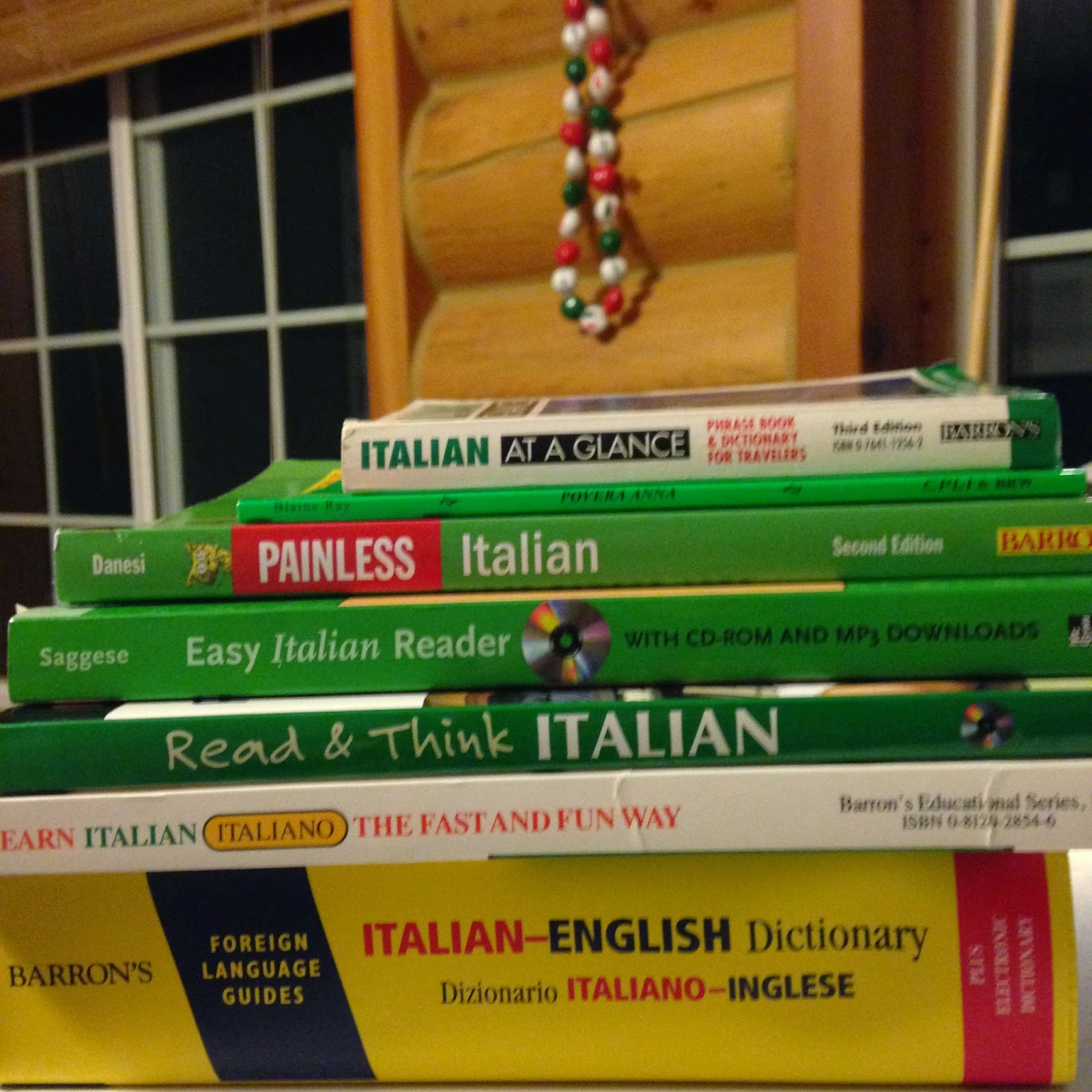 The Serpent of Venice by Christopher Moore, Tell No One by Harlan Coben,
The Son and Cockroaches by Jo Nesbo,
The Limpopo Academy of Private Detection by Alexander McCall Smith,
Thunder Bay by William Kent Krueger,
Smokin' Seventeen by Janet Evanovich, and
Winter of the World by Ken Follett

A2: I chose reading and Italian over blogging, but still wrote 4 blogs over the last 2 months.

A3: Only 1 trip in 2 months, now that's a success! I was back in Cincinnati the 1st week in November and haven't been to the airport since.

A4: We still haven't found a suitable solution for meals, other than making a few standards and doing more Indian take-out. I don't miss cooking but do enjoy eating a good vegan meal, so will have to come up with something.

B1: This is just one of the items I'll never cut back on. My monthly (or more frequent) bodywork session with Nelson always me to recharge physically and mentally.

B2: I'll also continue with my daily yoga/active stretching and need to make it a daily practice.

B3: My primary activity in Nov-Dec was getting the multirider software working for Max Testa Training and helping with social media. I'll be increasing my women's cycling support in 2015, volunteering at several races and representing Vanderkitten as a VIP. I've also signed up for another year of leadership for my college alumni chapter.

B4: Due to work and injury, we weren't able to spend the holidays with family. My nephews are growing up fast and I've got to find a way to see them at least once a year.


Long Term: Hopefully my new role at work will help with this but it's a tough one to let go of. 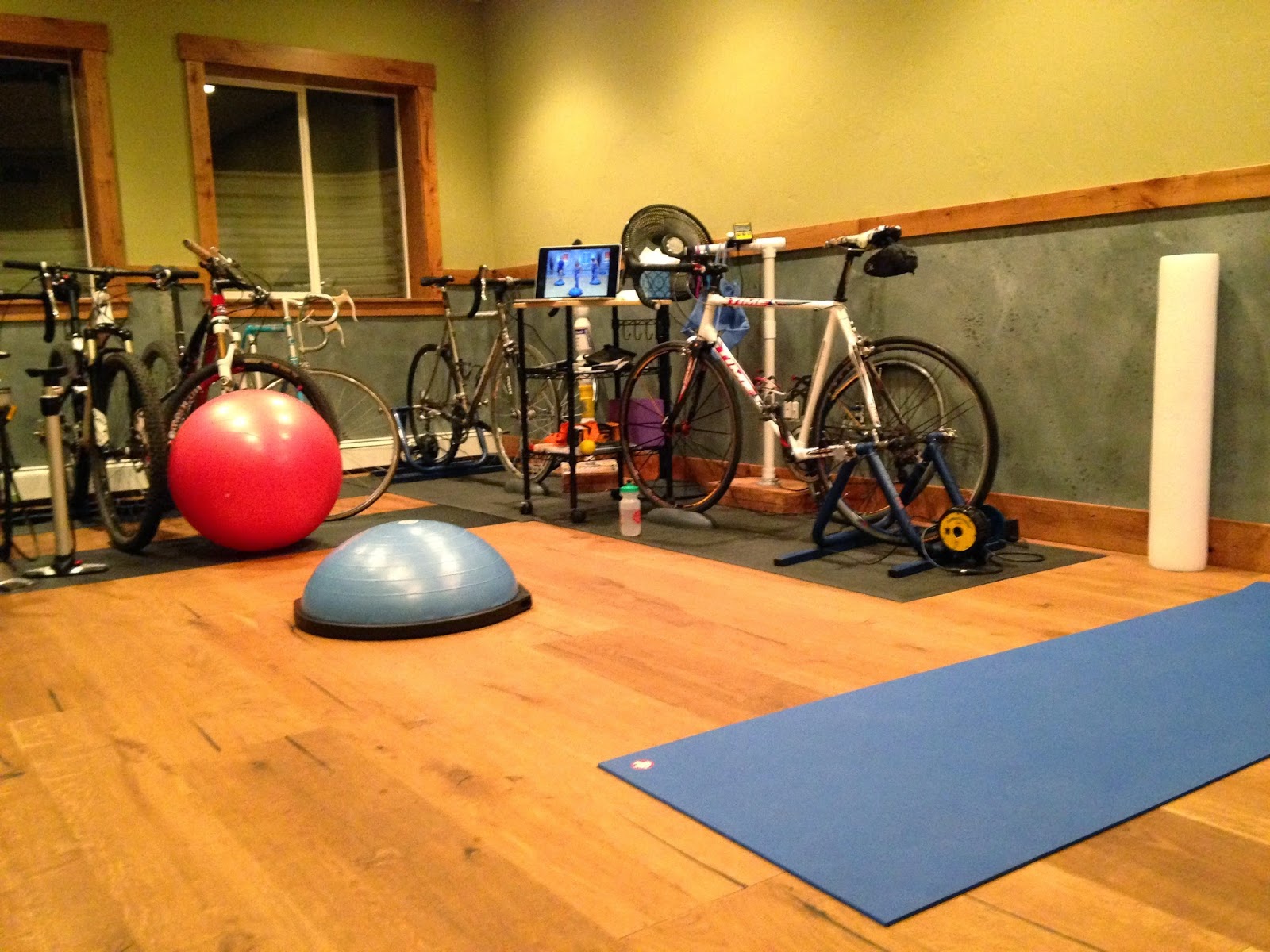 C1-C5: We got a BOSU for xmas so core work will be harder to ignore. I didn't get on my skate skis in 2014 but we have a new track close to home, so I'll be working on my nordic skills. I've yet to register for any road, mountain, or running events but plan to shortly. I do know that working with Corey and having a personal training plan was very beneficial and I'll be keeping that up in 2015.

Long Term: Hopefully in the next few years, I'll be able to cycle each stage of one of the North American tours as a precursor for a three week tour. After doing the Ultimate Challenge, I realize cycling the entire route will be difficult, but at least a portion each day would fulfill my goal.

D2: I made an attempt at using up some of our gift cards, but they seemed to refill faster than we could spend. I did give a few away as xmas presents this year, after making sure they were still valid. 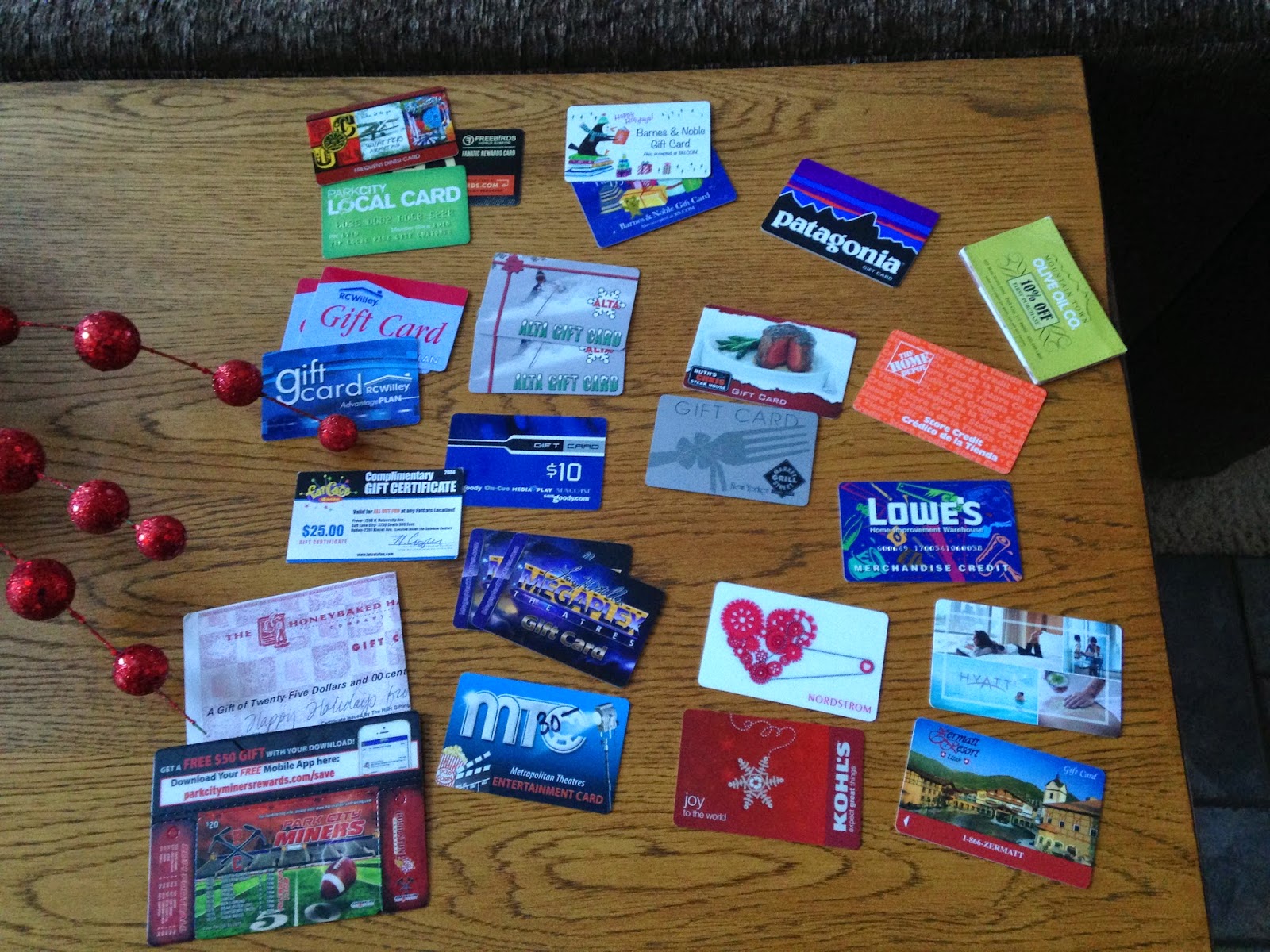 Long Term: We are on track for early retirement, maybe we'll be able to bump it up a few years.

E1: I donated another truckload in November. We gave a large pile of cycling items to a local non-profit and then the remainder went to the church. I lost track of the 1-to-1 but with two major purges during 2014, it feels like we are starting 2015 with less.

E2: We loved our trip to Italy in July and before Terry's back went crazy, were planning a xmas trip in Europe. Now we've got our sights set on his recovery and then we'll be back. 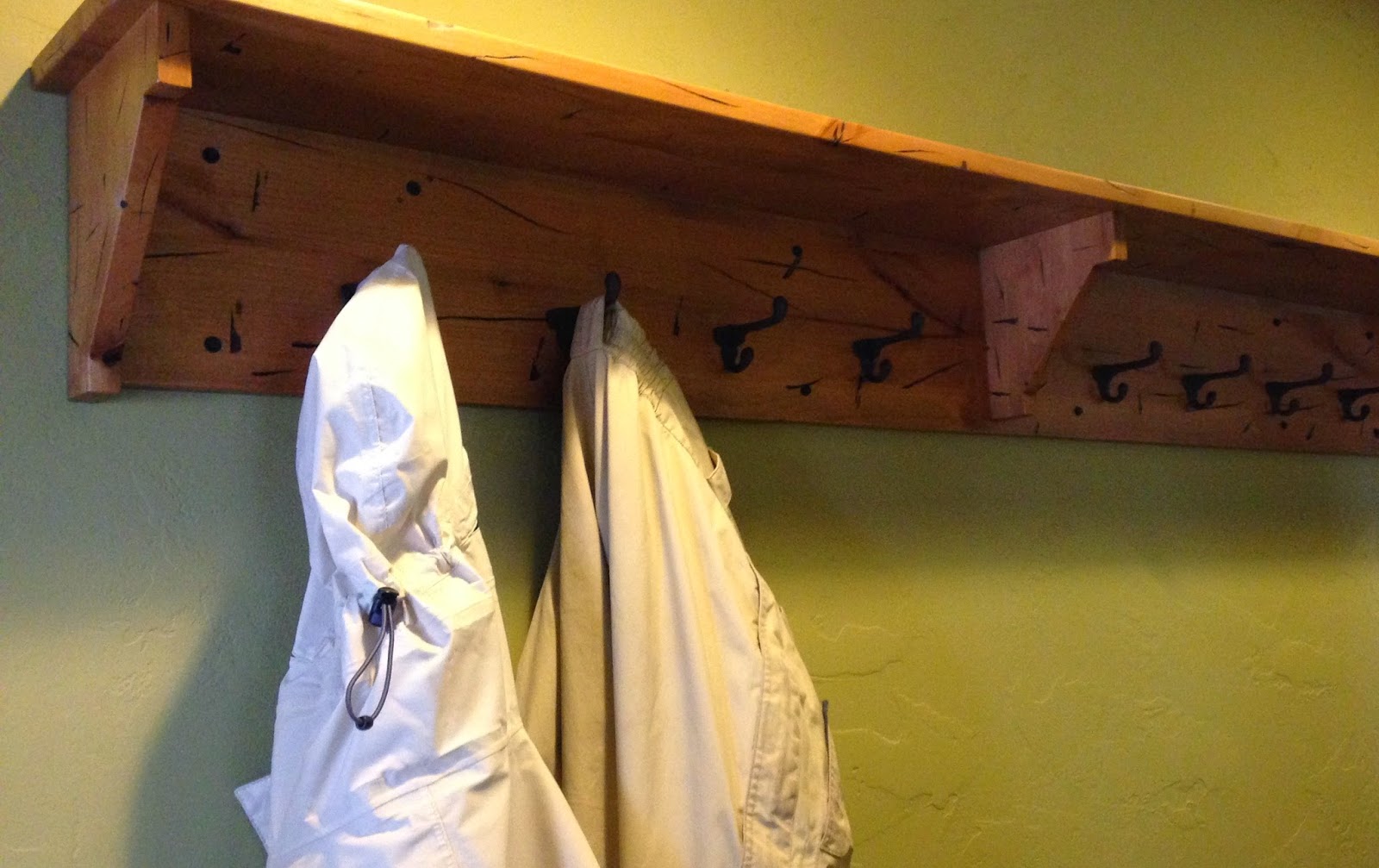 E3: After a long hiatus, we had some work done on the basement in December including my hooks!

Long Term: Now that we have the basement almost finished, we are eager to start on the next floor.

Living at 7000ft is an adventure in itself. In the winter, snow is both a blessing and a curse. Instead of skiing on Sunday, we opted for a snow removal workout. It hadn't stormed since Thursday so we didn't have to worry about the driveway. Instead we attacked the deck, windows, and roof. We were successful on the first two, but the roof is going to require professionals.


Now that our daily workout was complete, we changed for a trip to Salt Lake City. We almost turned around when we saw the inversion over the valley. What a difference 3000ft and a mountain range can make, both for the lungs and mind. My desire to watch women's basketball kept us moving forward and though it didn't matter, we held our breath when first entering the wall of muck. The Utes upset the ranked Cal Bears making up for their loss to Stanford on Friday. We couldn't wait to get back to blue skies and fresh air as soon as the game was over.


While we were navigating the snow and inversion, my…