My Ride 4 Equality starts today (Mar 22, 2014) by declaring my intention for 2015.
I will ride all 4 tour routes either the day before or the morning of the pro men's race to bring awareness to women's equality in pro cycling.

UPDATES:
Aug 30, 2014 - I rode the Tour of Utah Ultimate Challenge and finished in just over 9hrs! I was unable to finish before the Pro Men caught me, so at 3K to go, I had to wait for Cadel and the entire peloton to pass before finishing and getting my medal. It was indeed a challenge and in order to complete an entire stage, I believe I'll have to train full-time and start very early in the morning.  I'm not ready to give up on Ride 4 Equality but do have some thinking to do now that I know what it takes.

I am very proud and pleased that since I announced Ride 4 Equality there were 4 women's races added to the 4 North American tours in 2014. Two women's races were held during the Tour of Utah - Cedar City Grand Prix and Women's Edition - and I was involved with both! California had 2 women's races and now Colorado has announced the possibility of a women's edition in 2015. This is progress and the entire reason I wanted Ride 4 Equality to happen. There is also a Tour of Montana race planned for 2015 focusing on women!

SUPPORT & FEEDBACK: Thank you all so much - I'll definitely reach out. 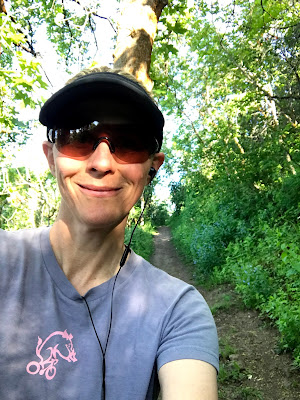 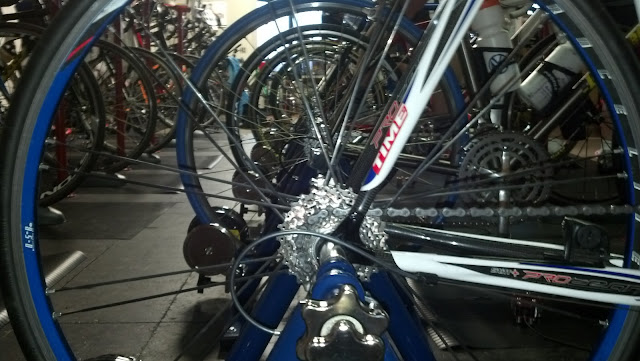 If you missed my 1st 30 Days of Biking blog, please check it out before reading on, I'll wait for you. 30 Days of Biking - Halfway There Ok, I'm glad you are back so I can show-and-tell you about the last 15 days of April.  The weather was not looking any better moving into the 3rd week, but I was feeling fantastic and strong.  I was over the hump  and had a mental advantage knowing I had already conquered some horrible conditions.  I was ready for whatever April wanted to throw at me.  Luckily it kept improving to the point that I wore a jersey and shorts for a couple mountain bike rides on the final weekend. I continued to tweet at least 1 picture a day for  #30daysofbiking as part of my pledge to get the word out and share my adventures.  I've also come up with a few unique statistics for my 30 Days of Biking. Day 16 : Started the 2nd half like the 1st half in cycling class Day 17 : One of the coldest days on the mountain bike as I checked out a new sectio